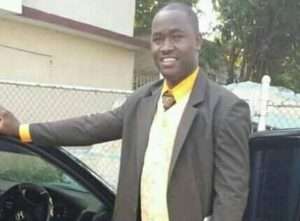 jamaicaobserver.com- As Jamaicans saluted teachers yesterday to mark Teachers’ Day, one public school teacher had his life snuffed out by criminals.

The police have since launched a major probe into the fatal shooting of the schoolteacher, 35-year-old Clevon Campbell, and a teenage boy at their house in Bridgeport, St Catherine, yesterday.

Campbell was a grade six teacher at Belmont Park Primary School. The identity of the teenager has not been released.

According to the police, about 3:15 yesterday morning Campbell was at home with relatives when armed men broke into their house.

The men shot Campbell and the teenager before making their escape.

The police were called and on their arrival they found Campbell and the teenage boy with gunshot wounds.

They were taken to hospital where Campbell died and the teen was admitted in serious condition.

No motive has yet been established for the attack.