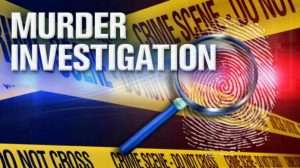 looptt.com- Police are searching for a suspect in connection with the murder of a 32-year-old man.

The victim has been identified as Kurt Edwards of Todd Street, El Socorro.

When he arrived, he got into a verbal altercation with the woman’s husband which turned into a scuffle. Police say they were informed that the woman saw her husband put Edwards into the back of the Hilux before driving away.

The 32-year-old’s body was subsequently found at the Crown Street Cemetery in Tacarigua, around 6 am on Tuesday.