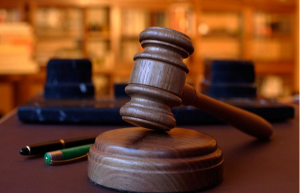 trinidadexpress.com- A Diego Martin Man has appeared before a Tunapuna Magistrate on allegations of impersonating an attorney.

He was charged under Section 47 of the Legal Profession Act (sub section 2) which states that any person not being entitled to act as an attorney acts as an attorney he may be liable in summary conviction to a fine of $5000 or to imprisonment for one year.

Hadeed Gabriel plead not guilty to the allegations.

He was represented by attorney Deke Rohler.

After further submissions to the court the matter, Hadeed Gabriel was granted own bail at $5,000, and was adjourned to July 11, on the conditions that the 37-year-old report to the Four Roads Police Station once a week.

On Friday, it was alleged that Hadeed-Gabriel stood before Magistrate Maureen Bailey at the Second Magistrates’ Court in Tunapuna.

The police prosecutor Sergeant Simon formed the view after observing the accused, that he may not be an attorney. The man was challenged on this point, and he told the court that he was indeed a lawyer.

Checks were then made and it was found that the man’s name was not on the roll of lawyers and the law association confirmed that there was no record of him.

He was subsequently taken into custody and charged as a result.