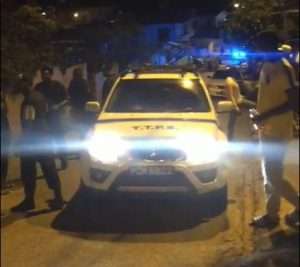 trinidadexpress.com- There is rage in Big Yard, Carenage following the police shooting on multiple people, three of whom have been killed.

Among the dead is a young girl.

The injured have been identified as Christy Ann Eve, Dequan Dyall, and Renado Sandy.

Among the wounded is police officer identified as Constable Peltier. His injury is not considered life threatening since his bullet proof vest stropped the bullet.

The shootings have left the people of the area enraged and threatening vengeance over the deaths.

Police issued a statement on the shooting shortly after 11p.m.

They say that officers and members of the Trinidad and Tobago Defence Force (TTDF) are maintaining a heavy presence in the Carenage district left six persons, including a police officer injured.

According to the police, at around 7:30pm on Friday, police officers of the Western Division were conducting enquiries in Carenage, when they had cause to interact with a group of persons gathered on the street.

In attempting to arrest a suspect, one of the men drew a firearm and shot a police officer. The officer returned fire, striking the shooter.

“An exchange of gunfire resulted in three persons being fatally wounded. The injured police officer is currently being treated” the police say.

ACP Jayson Forde, along with Snr. Supt. Pragg, Insp. Vincent and other officers from Western Division, along with support from the Inter-Agency Task Force (IATF), Guard and Emergency Branch (GEB), Emergency Response Patrol (ERP) and the Trinidad and Tobago Defense Force (TTDF) responded and continue to maintain law and order.