Mikey Live
HomeRegionalFormer Dominican Gangster Who Turned His Life Around, Gunned Down In St...
Regional

Former Dominican Gangster Who Turned His Life Around, Gunned Down In St Lucia 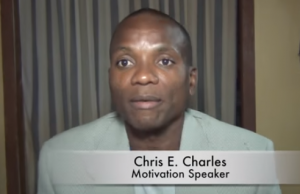 stlucianewsonline.com- A 46-year-old Dominican national who was gunned down in Saint Lucia on Wednesday, was a former gangster, drug dealer and ex-convict who turned his life around at some point and became a motivational speaker and gospel minister, according to his social media accounts and friends.

Chris E. Charles, who lived in Ravine Chabot, Saint Lucia but was originally from Portsmouth, Dominica, was found dead with multiple gunshot wounds on a dirt road in Latille, Micoud on Wednesday, May 1, 2019.

Police responded to the report of the shooting at about 1:15 p.m.

Charles, according to a 2013 Youtube post/videoo, was born in Dominica but left the island for the United States of America “‘for a better life” and instead ended up in “the hustler life” which led him to his incarceration.

“Now, he has found the solution that has changed him life from being a Criminal, American Gangsta, Hustler and an Ex-Convict to a motivational speaker to the young generations out there who think that the thug life is a game they can win,” according to the Youtube post.