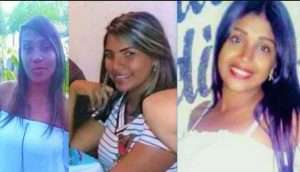 NINE of 34 Venezuelans who were heading for TT have been rescued after their boat sank en route.

According to a Coast Guard release, the boat log had 25 people listed on the vessel, however, nine others boarded and were not recorded.

The pirogue named B/P JHONNALY JOSE (Registration Number: ARSI-CA-0067) overturned whilst at sea after leaving Venezuela on April 23, the TT Coast Guard said in a media release. The fishing boat was loaded with 34 people, with over half of them being women and their belongings, left the port of Las Salinas in Güiria.

According to Venezuela-based reporter of Noticerio Digital, Nayrobis Rodriguez, of the nine, three were not part of the official list. They were rescued by Venezuelan Coast Guard, fishermen and the Guardia Nacional. She said the Guardia Nacional does not have the boats capable of venturing to the area where the pirogue sank and were dependent on fishermen in the area.

Acting National Security Minister Edmund Dillon in a release stated that TT will continue to assist Venezuela with the search and rescue operation, in accordance with the Coast Guard’s roles and responsibilities with regard to the International Convention for the Safety of Life at Sea (SOLAS), and International Convention on Maritime Search and Rescue (SAR). He added that arrangements have been made for the Coast Guard to lend greater assistance if needed.

Also commenting on the tragedy was the United Nations High Commissioner for Refugees (UNHCR). In a media release the UNHCR stated that it was “deeply saddened” by the disappearance of Venezuelans.

“This tragic incident underscores the desperation of those forced to flee their homes, and the extraordinary difficulties faced on their journey,” said Leila Jane Nassif, UNHCR chief of mission in TT.

TT is one of many destinations for Venezuelans fleeing economic hardships. There have been mixed responses from citizens about their arrival, forcing the government introduce a registration of all Venezuelans in the country. With a proposed budget of $5 million, Cabinet has officially approved the registration of Venezuelans which would allow them to stay and work in TT for one year. National Security Minister Stuart Young, who is said to be out of the country, told reporters at post Cabinet media briefing on April 11 that registration is scheduled to begin on May 31 and end on June 14.

He added there would be five designated offices across the country for the registration period, including in Cedros and Tobago. He said to register they must provide proof they are from Venezuela and other information including an address. He said authorities would work with Interpol and authorities in Venezuela while doing background checks and may deport people if they are not truthful. Documented and undocumented Venezuelan immigrants including those at the Immigration Detention Centre have been asked to register.