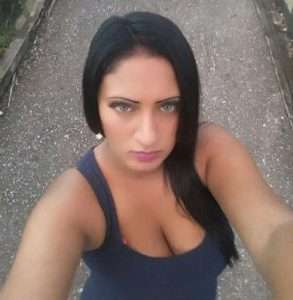 Trinidadexpress.com – The bullet-riddled bodies of a man and woman found in a parked car off Pashley Street, Laventille, on Easter Monday were identified yesterday as those of Devon Jones and Erin Ali.

Police suspect Ali, 32, intended to sell a large gold chain to someone in Laventille and had hired Jones to take her there.

Around 12.15 a.m. on Monday, residents of Morgan Lane, Upper Pashley Street, called police ­after hearing gunshots and seeing a ­vehicle speed away.

When officers from Besson Street Police Station arrived, they found the bodies of Jones, 42, and Ali.

Post-mortems were not done on Tuesday, as no relatives had come forward to claim the bodies.

Yesterday, however, they came to Forensic Science Centre, St James, and the post-mortem exami­nations concluded they both died of gunshot injuries.

A relative of Jones, who didn’t want to be named, said he lived in Diego Martin with his three children. She said he was a plumber who also did private-hire jobs with his car.

She said she could not imagine him being in any illegal activity.

Ali’s relatives said she had a gold chain she wanted to sell and had made contact with someone on social media.

They believe she may have been in the wrong place at the wrong time when they were killed.