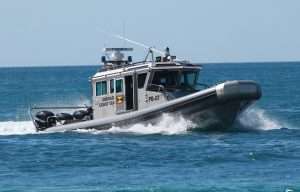 Reports are that around 12:30 am a speed boat driven by Leron Bethel, a fisherman from Petite Martinique, collided with the dinghy in which Fleischer was driving. His body was later recovered and taken to the Woburn Jetty where he was pronounced dead.

Reports are that Fleischer, who lived aboard a yacht named Carp Diem, sustained injuries to the head.

Police are investigating and a postmortem has been ordered.