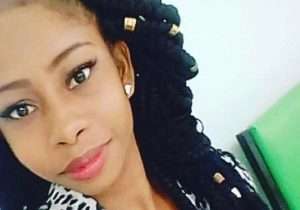 Trinidad – AT 17, Netanya Mohamdally was killed, but her childhood was snatched years ago when she was a victim of rape.

At age 12, netanya and a female relative reported to police that Netanya had been raped by a 24-year-old man.

The man, a businessman who worked in the vendors’ mall in the Chaguanas market, was arrested in January 2015 – one month after the report was made.

The case came up for hearing in the ChaguanasMagistrates’ court over a dozen times before it ended prematurely on May 19, 2017, when Netanya and the relative decided she no longer wished to testify.

The matter was dismissed and the man was freed.

In August 2016, Netanyathe St Jude’s Home for Girls and she remained there for two years.

Her relatives told the Express this week that Netanya had a difficult start in life but managed to turn things around and had ambitions of becoming a nurse.

Her dreams ended and her life snuffed out when the 17-year-old was found by a farmer partially submerged in a drain in Exchange Village, Couva last Saturday.

Five days before, she had gone missing from her home in Chaguanas.

She was listed as a Jane Doe, until her decomposing remains were positively identified by her family through the tattoos on her chest and stomach.

She had been chopped to death and unceremoniously disposed of in the farmlands kilometres away from residents.

Police since questioned a suspect in the killing, but no one was formally detained as a suspect.

Detectives are speculating on several motives behind the teenager’s gruesome death.

Her cousin, Shanaz Mohamdally, was the one to confirm Netanya’s identity after being called by police to identity the Jane Doe found in Exchange Village, Couva.

She said sexual assault was not to be ruled out as they were told that due to the advanced state of decomposition it was difficult to confirm this. However, she said tissue samples were taken.

Her family has since made a public appeal for anyone with information to step forward.