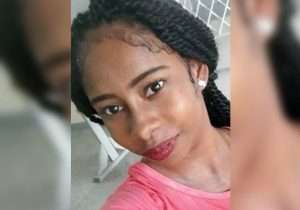 Trinidadexpress.com- Netanya Mohamdally was a troubled child with a difficult start in life but managed to turn things around and was dreaming of one day becoming a nurse and working at it.

The 17-year-old was found in a drain in Couva on Saturday, chopped to death. Five days before, she had gone missing from her home in Chaguanas.

Police have a suspect in the killing, and a possible motive.

Growing up in a broken home, Netanya was easily influenced, said relatives who spoke yesterday with the Express. She fell in with the wrong company and was on a self-destructive path.

Immediate intervention was needed and this is what she received.

Two years ago, her family made the difficult decision to send her to the St Jude’s Home for Girls in Port of Spain, and during her time there they said Netanya changed.

She left there looking forward to starting a career in nursing in September.

Her cousin, Shanaz Mohamdally, was the one to confirm Netanya’s identity after being called by police to identity the Jane Doe found in Exchange Village, Couva.

She said sexual assault was not to be ruled out as they were told that due to the advanced state of decomposition it was difficult to confirm this. However, she said tissue samples were taken.

Her family has since made a public appeal for anyone with information to step forward.