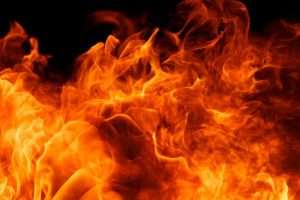 Trinidadexpress.com – A child playing with matches on a mattress set fire to her family’s home in Moruga on Monday.

Twelve members of the family were left homeless.

The fire completely destroyed the house at Richardson Street, Basseterre.

As the flames began to spread, another relative, Heidi McIntyre, who lives in the ground floor, grabbed two children – aged two and seven years old – and ran out.

When fire officers questioned the family about what may have caused the fire, the seven year old girl confessed to her mother that she had been lighting matches.

Around 7.30 p.m. smoke was seen at the back of the two storey structure.

The owner of the house, Pat McIntyre ,who lives on the upper floor, saw smoke and raised an alarm.

Get caught up with news from the news leader.