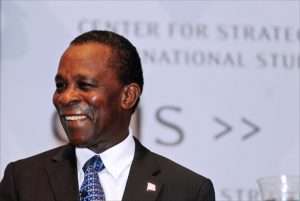 Prime Minister and Minister of Finance, Dr. the Right Honourable Keith Mitchell has welcomed the report from the Caribbean Development Bank (CDB) that Grenada remains the fastest growing economy in the Caribbean.

The CDB’s latest Country Economic Review, for Grenada states that “In 2018, Grenada continued to be the fastest growing economy in the region. Growth was estimated at 5.2% for the year, which translates to a five-year average of 5%.”

The CDB outlook further states that, “This strong outcome was driven by rising economic activity in the construction; private education and manufacturing sectors, and was above the Government of Grenada’s forecast in the 2017 budget.” Growth in the construction sector according to the CDB, was 14.9% over 2017 figures.

Reacting to the report Dr. Mitchell said, “The CDB’s Country Economic Review of Grenada is really not surprising. In fact, it validates the statistics provided by the Ministry of Finance. In my opinion, we are often conservative in our approach, responsibly so, and the CDB report bears testimony to that as well because the 2018 growth figures exceeded our projections.”

The Prime Minister added, “The local economy has experienced consistent growth for the last six years and it is important that we maintain that positive trajectory. Therefore, Government remains committed to facilitating continued growth and expansion of the sectors that are performing well and improving performance in those that are not. The debt to GDP ratio continues to decline and we are remain on course to meet and in fact, surpass the target of 60%, well ahead of the 2030 deadline set by the Eastern Caribbean Central Bank.”

Describing its medium-term outlook for Grenada as positive, the CDB projects economic growth of 4.5% in 2019, driven by the construction, tourism, agriculture and private education sectors.

According to the CDB report, “Fiscal performances in 2019 should continue to benefit from GOGR’s [Government of Grenada] adherence to the Fiscal Responsibility Act (FRA). The primary and overall surpluses are projected to be 5.5% and 3.5% of GDP, respectively. This would represent continued adherence to GOGR’s policy of fiscal sustainability. In addition, debt sustainability is expected to be restored over the mediumterm by means of further fiscal consolidation. Public debt is projected to be 59.6% in 2019.”

Acknowledging the positive economic outlook, Dr. Mitchell said, “It is imperative therefore that Government and all of its stakeholders recognise the importance of staying the course of fiscal prudence. Any deviation from this path of fiscal responsibility we have charted for ourselves, can derail all that we have achieved in recent years and ruin the positive trajectory of our economy. In all decisions we make, we must consider the longterm ramifications for the future of this country, the future of our children and grandchildren. We must safeguard our legacy to them.”