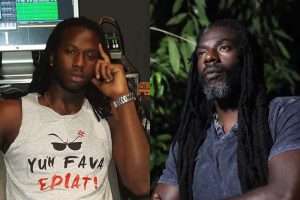 jamaica-gleaner.com – It is now left up to Mark Myrie Jr to obtain a medical report to substantiate his claim that he was physically assaulted by his father, Mark Myrie Sr, popularly known as Buju Banton, before the police can decide if any charges should be laid.

According to the police Corporate Communications Unit (CCU), the younger Myrie, a producer who is well known as Markus, filed a police report on the March 14, alleging that he was called to a meeting by his father, which was also attended by two other persons.

During the meeting, the elder Myrie is alleged to have grabbed his son by the throat, before punching him in the mouth. “He then pushed him against a wall, where he continued squeezing his throat,” a CCU spokesperson told The Gleaner, citing the report made by Myrie Jr.

And, despite a detailed report being filed, cops can only proceed if the younger Myrie returns with a report from the doctor.

“Even though the report has been filed, there are procedural things that have to be done. His son, who said he was assaulted, was sent to seek medical attention. That part has to be satisfied. He has not returned yet,” Leighton Gray, superintendent in charge of the St Andrew North Police Division, told The Gleaner yesterday.

“We cannot proceed with basically just a report and no medical to substantiate the claims. There is a process and that is dependent on the son. However, we will be following up on it, [today],” Gray said.

Attorney-at-law Bert Samuels said nothing was unusual about the stance the police have taken.

“Usually, you would have to go get the medical and then after that, they make a decision. The medical will guide on what charge to lay. For example, if you hit me or bruise me, it is different from you being cut. One could be wounding and the other could be assault occasioning bodily harm, so the medical report is a big guide as to what charges will be laid, if any,” Samuels explained.

The younger Myrie set tongues wagging last week when he took to social media openly castigating his father, who returned home in December 2018 after spending a little under a decade in a federal prison in the United States on a drug conviction.

In a social-media post following the alleged altercation, Markus said, “This man needs to go back to prison [and] dead in deh. @REALDONALDTRUMP Y PRE?? Come fi @BUJUOFFICIAL.”