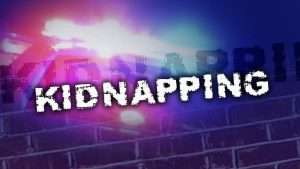 Trinidadexpress.com – In what was described as reminiscent of a scene from a movie, after he was kidnapped and bundled into the trunk of his own vehicle, 31-year-old Hadeed Khan managed to free himself while at a traffic light in San Juan.

According to police, around 7.55 p.m. on Monday, Khan was working his Nissan B15, valued at $31,000, for hire, when two men hired him to take them to Thomas Street, Saddle Road, San Juan.

Upon arrival, the two men announced a robbery, with one of the men holding a weapon.

They tied Khan’s hands together with a clothes hanger and bundled him in the trunk.

However, while in transit, Khan was able to untie himself and open the trunk. He ran a short distance away and raised an alarm.

The vehicle then sped away from the scene

His car was later found crashed on the corner of Laventille Road, off Saddle Road, San Juan.

A team of officers from the San Juan Police Station, including PC Adonis and PC Ferguson, responded. Cpl Dhill is continuing enquiries.