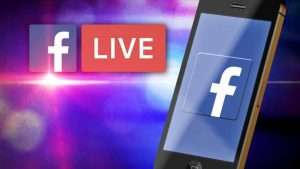 Social media is for the first time, more popular than other traditional forms of media in Grenada. This is among the findings of the latest Colour Bar Media/CADRES Media Survey. The Survey was conducted in every constituency in Grenada, Carriacou and Petit Martinique and used a representative sample of 1000 persons.

Due to the dramatic rise of Facebook in particular, which was polled separately from other forms of social media, Colour Bar Media advised its clients to invest heavily in Facebook advertising because it was starting to challenge radio and television. “When we looked at the data back in 2015, we were amazed at how much a challenge Facebook, in particular, was to television and radio. Its rise in popularity and its ability to stand on its own when compared to other mediums led us to give very clear advice. We told our clients in 2015 that Facebook was the way to go in terms of advertising and messaging, “said Barry Collymore of Colour Bar Media.

Colour Bar Media accounts this dramatic rise in popularity to software and market innovations in social media. “The increase in smartphone usage driven by more affordable data packages and faster speed are the main drivers of this rise. Certainly, the ability to go live has made Facebook a more desirable and relevant medium. It has put a powerful tool in the hands of all of its users, allowing them access to the mass media market for the very first time. The unique access traditional media had to this market has been taken away. This has both huge consequences and opportunities for traditional media,” said Collymore.

The Colour Bar Media/CADRES Survey also contains a wealth of information about traditional media and the trend it is taking in Grenada. The Media Survey contains information on most popular radio station; television station; media personalities and much more.

Persons purchasing the survey will gain access to demographics including age and sex and consumption patterns of media users. The survey package, which includes consultation and media planning, is available for purchase by emailing jadinef@gmail.com.