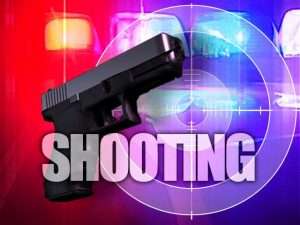 Trinidadexpress.com- Police are trying to determine what would have led 29-year-old Abbyssinna “Abba” Tafari to pull a weapon on his father.

This incident, the Express was told, was the start of a series of events which led to Tafari being fatally shot following a confrontation with police on Sunday afternoon in Mt Hope. The number of persons killed in police-involved shootings is up to nine for the year to date.

A Beretta pistol, loaded with four rounds of ammunition, was seized at the scene.

Police were told that at about 12.10 p.m. on Sunday, Dexter Danclar, 58, of Maingot Street, Mt Hope, heard his son (Tafari) and his girlfriend arguing loudly.

Danclar went to intervene as he wanted to ensure that the argument did not become physical.

However, when he parted both parties, Tafari pulled a firearm and shot at Danclar, who fled the scene and notified the police.

At about 12.48 p.m., officers of the Northern Division Task Force (Area West) as well as the Emergency Response Patrol responded. On reaching the location, they observed the suspect near the roadway.

The officers called on the suspect to surrender, but the reply they got came in the form of a gunshot, as they heard a loud explosion. The police took cover and shot at Tafari.

In the aftermath, he was found slumped in a drain near the road.

He was rushed to Eric Williams Medical Sciences Complex, Mount Hope, where he succumbed to his injuries.