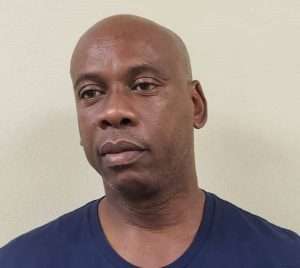 One man who appeared at the St. George’s Magistrate’s Court on Monday 11th March, 2019, charged with possession of illegal firearm & ammunition and trafficking in a controlled drug has been granted bail in the sum of two-hundred thousand dollars with two sureties.

Andrew Roberts, 49 year-old, a Businessman of La Mode, St. Patrick was nabbed after police intercepted and searched a vehicle along Herbert Blaize Street, St. George’s on Friday 8th March, 2019, resulting in the seizure of three kilograms of cocaine, one Stoeger Cougar 9mm pistol and fifteen rounds of 9mm ammunition.

Roberts who will reappear in Court on July 8th 2019, as part of his bail conditions, has been ordered to surrender all travel documents, seek permission from the Court to leave the State and report to the Sauteurs Police Stations twice weekly.

Meanwhile, during another police operation on Friday 8th March, 2019, 98 pounds of cannabis were seized in the Grand Mal area, St. George.

No one was arrested. Police investigations continue