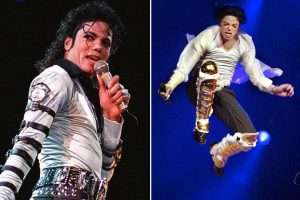 The King of Pop died from a prescription drug-induced heart attack in 2009 aged 50, and according to Radar Online, his ‘accusers’ believe DNA samples would prove he was a “serial molester who abused prepubescent, disabled and terminally ill children over three decades”

There are at least 11 new victims who claim they were molested and even raped by Jackson when they were between the ages of seven and 14 – and the list is growing,” an insider told the US website.

In the four-hour special, Jackson’s former child companions Wade Robson and James Safechuck allege he groomed them and sexually abused them before casting them aside for other boys.

The pop star’s estate had filed a multi-million-dollar lawsuit against US broadcaster HBO in a bid to halt it being screened.

And speaking to the Mirror, Jackson’s cousin Keith Jackson, 55, claimed the star is the real victim and that he “feared for his life” over similar allegations.

“ Michael loved kids, he loved his own kids and he loved kids in general like he did his own. It’s a shame that he’s gone and the family has to defend him now.

“Michael gave away millions of dollars to try to help people, save kids’ lives and help cancer patients

“But instead of Hollywood doing something positive, they instead, once again, had to come out with a com­­­pletely derogatory and hurtful film. I really believe the truth will reveal itself.”

Speaking about the impact the allegations are having on his family, including children Prince, 22, Paris, 20, and Prince “Blanket” Michael III, 17, and ailing mother Katherine, 87, Keith continued: “The family are really upset because their dad was already proven innocent. It has really made them realise there are nasty people out there.

“Katherine is very upset, they’re talking about her son… I’m worried about her.”