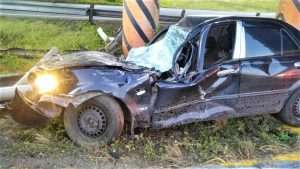 Trindadexpress.com – The Claxton Bay overpass on the Solomon Hochoy Highway was the scene of another accident early on Thursday.

At around 5.30a.m. equipment being carried on a trailer struck the overpass and was dislodged.

The equipment fell off the truck and struck a car following behind on the north-bound lane.

The driver of the car was seriously injured. Police say he suffered a broken arm and head injuries among other injuries.

He has been taken to the San Fernando General Hospital.

The equipment was too high to pass under the overpass bridge, police say, and it is not the first time a crash like this has happened. 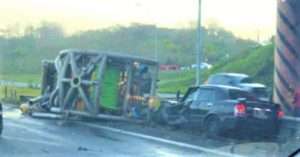