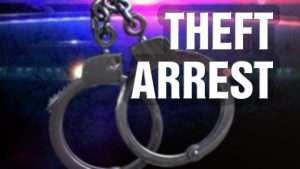 Officers at the South St. George Police Station have made a significant breakthrough, with the arrest of two persons, in connection with the disappearance of vehicles in the policing district.

Gelliseau who has been charged with one count of stealing a motor vehicle, possession of ammunition and possession of an offensive weapon is remanded to Her Majesty’s Prisons. He will return to the St. George’s Magistrate Court on 12th March, 2019 for mention.

The Royal Grenada Police Force extends its sincere appreciation to the public and the media for their assistance.