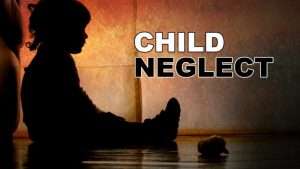 Trinidadexpress – The 27-year-old woman detained by police after she lost her son during the Carnival on Fright night , is spending Carnival Monday and Tuesday behind bars.

The mother will appear before a Siparia Magistrate on Ash Wednesday to answer charges of exposing her three-year-old child to danger.

The woman was arrested by officers of the Siparia police station who said they found the young child without adult supervision during Kiddies Carnival activities in the district.

Officers said they were on mobile patrol around 7:15p.m., on Friday when they observed the child who appeared to be lost and not under the care of any adult supervision, standing in the middle of the roadway crying.

The child was unable to provide officers with his name, the name of his parents and his address.

Bystanders attempted to locate the child’s parents but that too proved futile.

The boy was then taken to the Siparia Police Station.

Police said around 7:40pm a woman arrived at the station and identified the child as being her three-year-old son.

She told officers the child was left in the care of his grandmother “for five minutes”.

The woman, however, was arrested and the child handed over to his father.