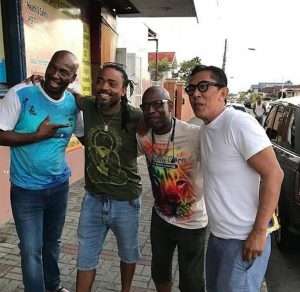 In an in­ter­view, vet­er­an mas man Mc In­tosh said both par­ties stopped by this mas camp un­planned and he en­cour­aged them to thrash out their is­sues.

He adds he ad­vised Iw­er to per­form at Machel Mon­day at the Na­tion­al Sta­di­um, in Port-of-Spain.

How­ev­er, there is no word on if George will, in fact, show up.