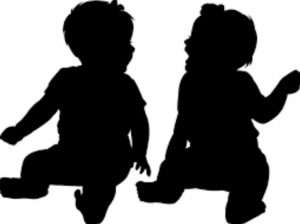 Trinidadexpress.com – A FIRE OFFICER has filed a lawsuit against a doctor and a medical institution after his wife became pregnant with twin girls months shortly after the officer underwent a vasectomy.

Hood, 44 of La Brea, stated in court documents that he loves his twins, but his expenses have increased.

He is claiming damages for pain and suffering from the vasectomy, damages for cost of childcare, and special damages.

The medical centre was named as Oiseoghade’s employee in the lawsuit.

In September 2013, Hood underwent the procedure after he and his wife agreed that they did not want more children, given their financial situation. The couple already had three children.

Hood was told the $3,300 surgery would last 45 minutes and would involve the cutting of a vessel. In the court documents Hood said he experienced pain during the procedure and spent 15 days at home recovering.

The following month the doctor told him that, following results of the samples taken, the procedure had been a success.

However five months later Hood’s wife began to feel unwell and it was confirmed by a doctor that she was three months pregnant with twins.

Hood underwent a test which confirmed that he still had a healthy sperm count. Hood took the results of this test and the ultrasound of his unborn children to Oiseoghade. The doctor presented the report on the procedure he conducted.

Hood consulted with two other doctors who told him the procedure had failed.

Hood’s children were born on October 9 2014. He had to take a loan to buy a car to accommodate his larger family and also had to work private for hire when off duty. It was stated that, “Though the claimant loves (the twins) his financial burdens have now increased as he now must care for five children.”

He said both he and his wife suffer from additional stress and he has aggravated a pre-existing back injury.

The twins have suffered seizures which have led to them being hospitalised. It was said that there is no indication of the cause of the seizures or of any treatment. Extra care and attention must be given to the girls.

In 2016, a pre-action protocol letter was sent to the defendants. The medical centre did not respond. Oiseoghade requested a meeting but he failed to appear at the meeting.

Hood claimed that there was negligence in performing or attempting to perform the vasectomy and that he was not properly anaesthetized during the procedure and then negligently advised that the procedure was successful. He also claimed there was failure to provide post-operative procedures, tests, examination and investigations and to follow standard procedures for submissions o samples for testing to a lab.

He is claiming damages for pain and suffering, damages for cost of childcare, special damages in the sum of $9,550, interest and costs.

In his defence Oiseoghade denied statements made by Hood including the effectiveness of the anaesthetic. He also said that Hood was given antibiotics and pain killers following the procedure and was instructed to return should he have any concern during his recovery but he did not respond. Oiseoghade said he contacted Hood via telephone but the fire officer did not raise any of the complaints as stated in his claim.

Oiseoghade said that when Hood visited his office with respect to his wife being pregnant he was in a “combative mood” and presented a claim for $2 million, a seven seater car and money to rent or purchase a five bedroom apartment.

Hood’s attorneys are Harrikissoon and Company while attorneys James Philbert and Carl Mattis are representing Oiseoghade.