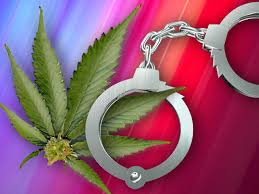 If Anderson Leroy Haynes, of Wavell Avenue, Black Rock, St Michael fails to adhere to the order imposed by Magistrate Kristie Cuffy-Sergeant recently he will have to spend eight months in prison.

The court heard that police were on mobile patrol when they stopped Haynes who was riding a bicycle which was not equipped with a headlamp. He began to fidget as lawmen were speaking with him, which caused them to become suspicious.

Haynes, who is known to the law courts, consented to a search and the illegal substance was found in his pocket.

Asked to account for the substance he allegedly told police at the time: “Wunna find that on me, that is some shake off to boil my tea.”

Magistrate Kristie Cuffy-Sargeant also ordered that he return to court on March 11 with his receipt for the payment of his fine.