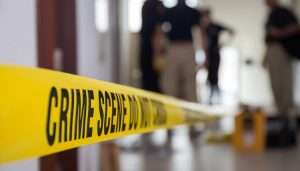 Trinidadexpress.com – A SECURITY guard who allegedly stole a money bag containing $157,000 he was hired to transport to the bank is expected to appear in court on Monday.

The suspect, a 35 year old man of Bon Air Gardens, Arouca, is to appear before a Chaguanas magistrate.

Police said on January 19 the suspect and two other security guards took up three money bags from Medford gas station in Chaguanas.

The bags were supposed to be transported to Royal Bank in Trincity, police said.

But on February 7, the management of the gas station reported to the Chaguanas police that one of the bag containing $157,000 did not arrive at the bank.

Police arrested the suspect and he was subsequently charged with the offence of larceny servant.

The charge was laid by Cpl Phillips of the Chaguanas CID.