$1 Million Compensation For Man Doused With Acid By Woman 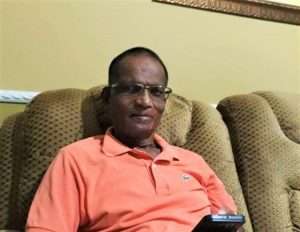 Trinidadexpress.com – A CHAGUANAS woman who doused her business partner with acid in 2001 and was made to spend 12 years behind bars, has now been ordered to compensate her victim in excess of $1 million for the disfiguration she cause him because of the attack.

That order was recently made by a High Court Master at the Hall of Justice in Port of Spain after the man, Raffick Mohammed, 59, filed legal action against his former business partner and attacker, Myra Bhagwansingh.

Bhagwansingh was ordered to pay the man a grand total of $976,539 plus interest for the period 1996 to January 31, 2019, that date on which the judgment was delivered.

However, Mohammed, who was represented by attorney Shabanna Mohammed, will not immediately receive the money since Master Martha Alexander granted a 48-day stay on the execution of the order in the instance that Bhagwansingh intends on appealing the ruling.

In 1996, Bhagwansingh was convicted of throwing acid on Mohammed’s face and back at her clothing store after calling him to the store to settle a dispute. When Mohammed arrived, the woman told him “take that” dousing the front part of his body with the acid. When Mohammed tried to escape, she chased after him and threw more acid on his back.

Initially, she was sentenced to 12 years’ imprisonment and ordered to receive strokes with the cat o’ nine tail. But she eventually appealed the sentence resulting in the Appeal Court still sentencing her to 12 years, but without strokes.

Mohammed in his claim described the burning as being so bad that his skin looked black as if it had been burnt in fire. The agonizing burning sensation throughout his body continued for the next couple of days. The procedures he had to undergo were also painful and uncomfortable.

He described ongoing therapy to stretch the ligaments that were shortened by his burns which provided its own form of torture. The face mask and pressure garments were worn for three years being taken off only to shower.

The garments allowed only his eyes and mouth to be seen and he stated that this was uncomfortable as both were kept on day and night, including sleeping in them. He described the pressure garment as claustrophobic as he could not move inside it; as squeezing into his skin; as being itchy and sticky whenever he sweated, as being in an oven and as being entombed. It was particularly bad at nights, as he felt trapped and would wake up gasping for breath.

In her ruling, Master Alexander described the attack as being “horrific.”

“Raffick’s evidence reads as if it were a chronicle of abject and never-ending agony,” Alexander said, adding that his injuries had a “squeezing impact” on his life and the agonising pain and torture he was put through “at the acidic hands of Myra,” she said.

In his assessment claim, Mohammed said he is still unable to look at Bhagwansingh without becoming angry. He said he still feels a sense of bitterness and anger towards her because of what she had done to him.

“I feel as if no amount of money is enough to compensate me for the decades of pain and suffering I have endured due to the defendant’s horrible and cruel actions,” he said.