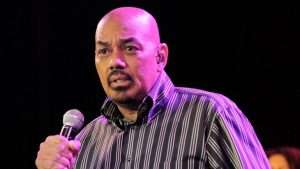 Npr.org – Two-time Grammy winner James Ingram, whose signature timbre instantly evokes the classic R&B sound of the 1980s, has died. He was 66.

Ingram’s passing was announced on Twitter by the actress Debbie Allen. “I have lost my dearest friend and creative partner James Ingram to the Celestial Choir,” she wrote. “He will always be cherished, loved and remembered for his genius, his love of family and his humanity. I am blessed to have been so close.”

When he was 18, Ingram joined a band called Revelation Funk and tried to make it in Los Angeles, the Chicago Tribune reported in a 2012 profile. Comparing himself to his bandmates, Ingram underestimated his own vocal abilities. “I knew I couldn’t sing,” he said. “I wasn’t trying. I was just doing background.”

After the band broke up, Ingram stayed in L.A. and got great backup gigs, working with Ray Charles and Marvin Gaye. He would sing and write demos at a studio on Sunset Boulevard for $50 per song. The studio had a relationship with veteran producer Quincy Jones, who heard Ingram’s recording of “Just Once.” Jones, impressed, called Ingram.