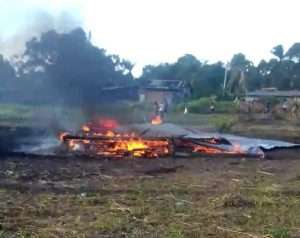 Trinidad Newsday – A La Brea man reportedly set his house on fire, then ran into it, moments after his wife left him, on Monday afternoon.

Neighbours and friends tried to stop Darron Phillips from going in but he ignored them and ran inside and lay on the floor.

One neighbour said, “After he threw the gas and lit the house it went up in flames. He then took the bottle and poured gas on his body and ran into the burning house.

“He didn’t listen to anyone. It was as if something came over him.

“I am still in shock. I can’t believe what I saw.” 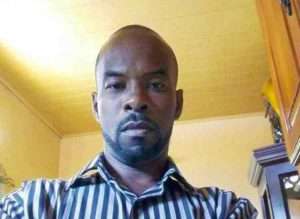 Police said Phillips and his common-law wife had a troubled relationship and she reportedly ended it and sought a restraining order.