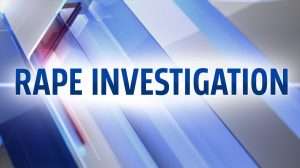 Robert Calliste, 67 years Farmer of Crochu, St. Andrew Pearls, has been charged for allegedly attempting to rape an elderly citizen.

Calliste who appeared at the Grenville Magistrate’s Court on Monday 28th January, 2019, was granted bail in the sum of seven thousand dollars with two sureties and has also been order to stay away from the virtual complainant.

In another matter, St. Andrew resident, Shawn Charles, of Pearls appeared at the Grenville Magistrate’s Court on Monday 28th January, 2019, in connection with the rape of a person who is speech impaired.

Charles was granted bail in the sum of fifteen thousand dollars with two sureties and was ordered not to have any contact with the virtual complainant. He is due to reappear in Court on February 21st 2019.

Detectives laid the charges of two counts of rape against Charles at the weekend, following a January 18th 2019 report, in which he was alleged to have committed the act.

He is due to appear at the Sauteurs Magistrate’s Court at a later date to answer to the second charge of rape.