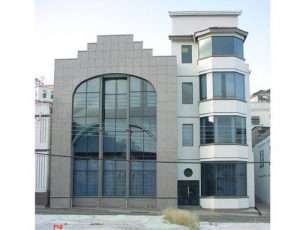 January 22, 2019 – The Grenada Government has identified a new home to house the country’s law courts.

Adequate facilities for the country’s courts have been an issue for several months and Government has explored several options to resolve the matter.

Mr. Ramshani said, “I can assure you that we are taking very active steps to resolve this matter and to ensure that we go back to business as normal, in the administration and delivery of justice for all of us here in Grenada.”

According to the Attorney General, the lease arrangements are currently being finalised and the building will be retrofitted to accommodate the courts.

Finding a new home for the courts demonstrates Government’s commitment to good governance and the administration of justice.

The CLICO building is considered a medium-term fix while the much-anticipated Halls of Justice is regarded as the permanent solution.