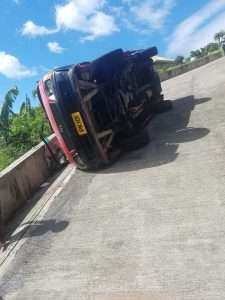 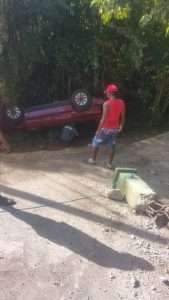 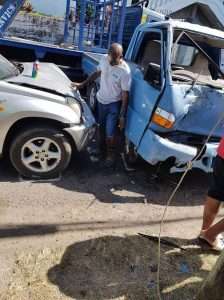 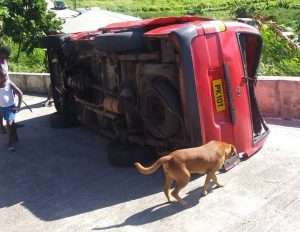 January 14, 2019 – Police are investigating a slew of vehicular accidents at the weekend, one of which involved a minor.

Emergency crews were called to a two-vehicle collision, which resulted in the hospitalization of a 33 year old St. George resident, who sustained injuries to the head and upper part of the body, after his vehicle ran off the road and into the St. John’s River.

The incident that occurred at River Road, St. George about 6:30 p.m. on Sunday 13th January, 2019, also left the other driver with minor injuries.

At the time of the incident, both vehicles were traveling in the direction of the city.

In another incident, also on Sunday, a four year old of Mt. Horne, St. Andrew was hospitalized with multiple injuries.  The preschooler who is reported to be doing well, was transported to Princess Alice Hospital was later to the General Hospital.

Cognizant of the recent spate of road accidents, the Royal Grenada Police Force (RGPF) is appealing to all road users to allow good sense/judgement to prevail and to watch out for each other, so that the nation’s roads may be used in a safer manner.

The RGPF is calling for a change in behavior and attitude by motorists who use our nation’s roads irresponsibly, risking the lives of passengers, other road users and their own lives.

The RGPF remains resolute in its enforcement of the laws to ensure road safety and is also asking the general public to help make the roads a safer place by adhering to the rules and regulations of the use of the road.

Persons are urged to use the roads in a proper manner to reduce accidents and fatalities.

The Traffic Department recorded seventeen accidents at the weekend.