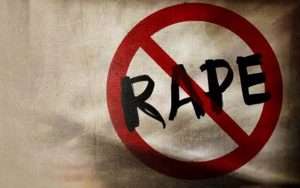 News Day – A WOMAN who reported to police that she was raped, was this morning ordered by a magistrate to serve 80 hours of community service as punishment for making a false police report.

Leah Phillip, 24, of San Fernando was arrested on Saturday by PC Crawford who investigated her report that she was raped at Vibes City Casino, Mucurapo Street, San Fernando. Phillip pleaded guilty before magistrate Alicia Chankar in the San Fernando magistrates’ court.

Police prosecutor Cleyon Seedan said that at about 3.45 am, Phillip flagged down a police vehicle on Pointe-a-Pierre Road in the vicinity of Royal Castle and told police she had been raped. They took her to the nearby San Fernando General Hospital after driving around the city in search for the suspect.

Phillip reported that she was raped in the washroom while liming at the casino. PC Crawford of the San Fernando CID immediately went to the hospital and interviewed Phillip after doctors and nurses medically examined her. Seedan told the court that PC Crawford, while investigating the case found there were too many inconsistencies.

Crawford told Phillip that he had reasons to believe she was not being honest. Seedan said Phillip later confessed that she was celebrating her birthday and said, “Officer, some of the things I tell you is not true.”

Attorney Cedric Neptune pleaded for mercy for Phillip, telling Chankar that she (Phillip) failed to appreciate the gravity of the crime she had committed, having been under the influence of alcohol. He said that she is a mother of one and at the time she was out liming, the child’s father was home.

Chankar chastised Phillip for not just the police time she had wasted, but that of the doctors, nurses and clerks at the hospital. “They certainly would’ve given you priority based on your report. I’ve been to the accident and emergency department and I can tell you, the hardships people face. In your case, other genuine cases would’ve had to be forgo.”

She ordered that Phillip begin performing the 80 hours community service from Friday and to complete it by January 30.