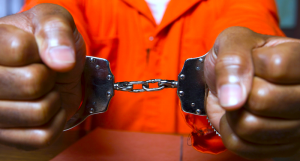 A St. George resident charged with breaking into a Real Estate Company has been placed on twenty thousand bail.

Joel Joseph, 31 years, is alleged to have broken into the Company situated in the parish of St. George on two separate occasions, between December 21st 2018 and January 2nd 2019, and stealing in excess of fifteen thousand dollars’ worth of goods.

He is due to appear at the St. George’s Magistrate’s Court at a later date.

Meanwhile, police have arrested and charged a St. George businessman for receiving a stolen leather couch.

Lyndon Marryshow, 38 years, Businessman residing at St. Paul’s, allegedly purchased the stolen item from Joseph. He is currently on seven thousand dollars bail and is due to appear at the St. George’s Magistrate’s Court on February 19th 2019.