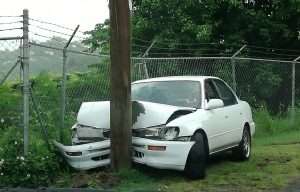 Grenada, January 4th, 2018 – Police say that while they can boast of a crime-free holiday season, vehicular accidents remain a major concern. The police say they have recorded 457 accidents between November 1st and December 31st, 2018.

The information was revealed by Asp Linford Kingston, head of traffic department of the Royal Grenada Police Force, at a press conference held on Thursday, to inform the media on the results of its yuletide operations.

Kingston said they will soon be doing a comparative analysis to see how these numbers match-up to previous years.