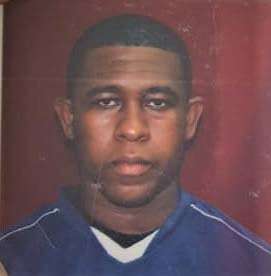 News Day – WHEN reigning Soca Monarch Aaron “Voice” St Louis dominated the airwaves this year with his hit song Year for Love, little did he know that 2018 would turn out to be the bloodiest year in TT’s history since 2008 when 550 murders were recorded. This year started off with five murders on New Year’s Day alone. The murder toll as of yesterday stood at 516, an increase compared to last year’s figure of 494.

The killing spree began just 15 minutes after the new year was rung in, with the murder of 25-year-old Brandon Khan aka “Chinee” who was liming with a group of relatives watching fireworks when they were shot at by gunmen.

Khan was shot several times and managed to run away to a nearby duck pen where he collapsed and died.

Six people were wounded including a 15-year-old girl, a 25-year-old special-needs man and a 60-year-old woman who uses a wheelchair.

And 20-year-old Miguel Simmons was shot dead at his Malick, Barataria home at around 2 am. His body was found four hours later as relatives believed the loud explosions they heard were from fireworks.

Hours later, retired police corporal John Ramkissoon, 59, was stabbed to death by a neighbour during an altercation at his Gopaul Street, Longdenville home.

His daughter said she left the two liming downstairs but was awakened by screams at around 3 am. When she checked, she saw her father with several stab wounds to his head and face. Police arrested 29-year-old mechanic Nankool Ramcharan five days after the incident.

Nikkita Bascombe visited relatives at the family’s Upper Mendez Drive, Champs Fleurs home for New Years day not knowing it would be his last visit, as he was gunned down a short distance away from his car.

Bascombe, 29, left the area and lived in central but remained in contact with his relatives in the area.

That afternoon in Diego Martin, 44-year-old Mark Knolly Bascombe was shot several times in a drive-by attack at a family lime in Bagatelle, Diego Martin. The shooter was in a black Nissan X-Trail. He was taken to the Port of Spain General Hospital where he died receiving treatment.

Just seven days into the year, 15-year-old Joshua Andrews became the country’s youngest murder victim at the time when he and taxi driver Devon Hernandez were shot at and the car in which they were travelling, burned.

Andrews, a student of the Morvant Laventille Secondary School was killed meters away from the school on Pelican Drive and was believed to be the target of the gunmen. His mother, Carlene King, is an outpatient of the St Ann’s Psychiatric Hospital and is incarcerated with his older brothers Marcus and Matthew for murder. They were allowed to view Andrews’ body at the funeral home before the funeral.

Trinidad’s Carnival celebrations were not spared the bloodshed as a stabbing in San Fernando brought J’Ouvert celebrations to an early end. Police said Osei Joseph, 24, was stabbed in the abdomen and chest after a fight broke out. He was taken to the San Fernando General Hospital for treatment but died on arrival. Hours later, 17-year-old Reshan Singh was also stabbed after a confrontation along the Southern Main Road, Chaguanas, at around 8 am on J’Ouvert morning. He died at the scene and was found by Central Division Police who were on patrol.

In March, a quadruple homicide rocked the quaint La Brea community of Sobo Village. The victims, Abigail Chapman, 15-year-old daughter Olivia Chapman, her friend Michaela Mason, 14, and landlord Michael Scott, 69, were found dead at an apartment owned by Scott. Police believe the killer was a man who was once in a relationship with Chapman.

Later that month Chaguanas businessman and reputed crime figure Sheron Sukhdeo was gunned down while leaving his mother-in-law’s Charlieville home at around 8.30 pm, when a man jumped out of a nearby track and shot him multiple times.

After Sukhdeo’s death, several associates and relatives were also killed, including brother-in-law Phillip Bassant and friends Joshua Plaza and Kerwin Beckles in April and May respectively.

In early May, police officers Darrel Honore and another police officer were involved in a shooting incident which reportedly began over the officer’s alleged relationship with Honore’s wife, who was also a police officer.

Both officers drew their pistols and shot at each other in the parking lot of Ruby Tuesday’s Grand Bazaar. Honore was hit several times and died at hospital. Sr Supt David of the Northern Division investigated and recommended to the Professional Standards Bureau (PSB) that no criminal charges should be laid against the surviving officer. He got camera surveillance footage from the mall which suggested the officer acted in self-defence.

The Port of Spain division and surrounding areas experienced an increase in murders from May to July, with police branding the majority of these incidents as gang-related.

One incident was the murders of Kobe Brown and Kareem Stanislaus, 30, at Belle Eau Road, Belmont. Police believe Stanislaus, 30 and another man visited Brown’s home and shot him several times.

As they attempted to leave the scene, gunmen from another area fired at them hitting Stanislaus several times, killing him.

On July 10, families at the Chaguaramas boardwalk were sent running for cover when gunmen opened fire on bathers, killing three men and wounding five others, including an eight-year-old boy.

The attack was blamed on increasing violence between gangs from Haig Street and Sea View Terrace Carenage. The victims were Andrew Francis, Kedel Osborne and Fabien Williams.

Law-enforcement officers were also targeted this year. Among them were prison officers Devendra Boodooram, 50, was shot dead on Frederick Street in February after leaving the Port of Spain prison, and prison officers Snr Supt Wayne Jackson and Darren Francis were murdered less than two weeks apart in October.

In December, PC Kryston Ramirez, 32, was shot and killed at a bar in Carapo. Three people, including a 17-year-old boy, were charged with murdering him.