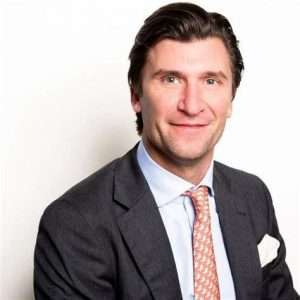 The 47-year-old, who was appointed CEO just February this year, died “suddenly” on Thursday while on holiday with his family in Germany.

This was confirmed by Digicel Group chairman, now interim Group CEO, Denis O’Brien, in an internal memo to Digicel staff on Friday.

“No words can adequately express our sadness at Alex’s passing or our gratitude for having worked with him. Digicel has lost a committed, hard-working and exceptional Chief Executive. Those of us who have been fortunate enough to know him on a personal level have lost a dear friend,” O’Brien said.

“Over the coming days, we will share our thoughts for a suitable commemoration of Alex and of his enormous contribution to the transformation of Digicel. Our thoughts and prayers are with his wife Julia and his three children at this very difficult time. May he rest in peace,” he stated.

O’Brien said given the circumstances, he will be taking up the position of Group CEO on an interim basis.

“I will be in Jamaica on 2nd January,” he told staff.