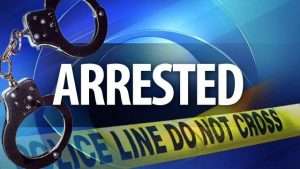 Grenada, November 12th – A 26 year old, Construction Worker, was arrested and charged at the weekend with child pornography, after allegedly sending nude photos to an underage male via a social media platform.

Sheldon Alexander, of Samaritan, St. Mark appeared at the Gouyave Magistrate’s Court on Monday 12th November, 2018 charged with the offence of Child Pornography by unlawfully inducing a child to an online relationship for a sexual explicit act.

He’s been charged under Section 12 Subsection 2 (3) of the Electronic Crimes Act which states that:

A person shall not knowingly and without lawful justiﬁcation or excuse cultivate, entice or induce children to an online relationship with another child or an adult for a sexually explicit act or in a manner that may offend a reasonable adult on the electronic system.

Alexander was granted bail in the sum of 20-thousand bail with one surety. He remains in police custody.