Grenada U20 Boys In Florida For CONCACAF Qualification Tournament 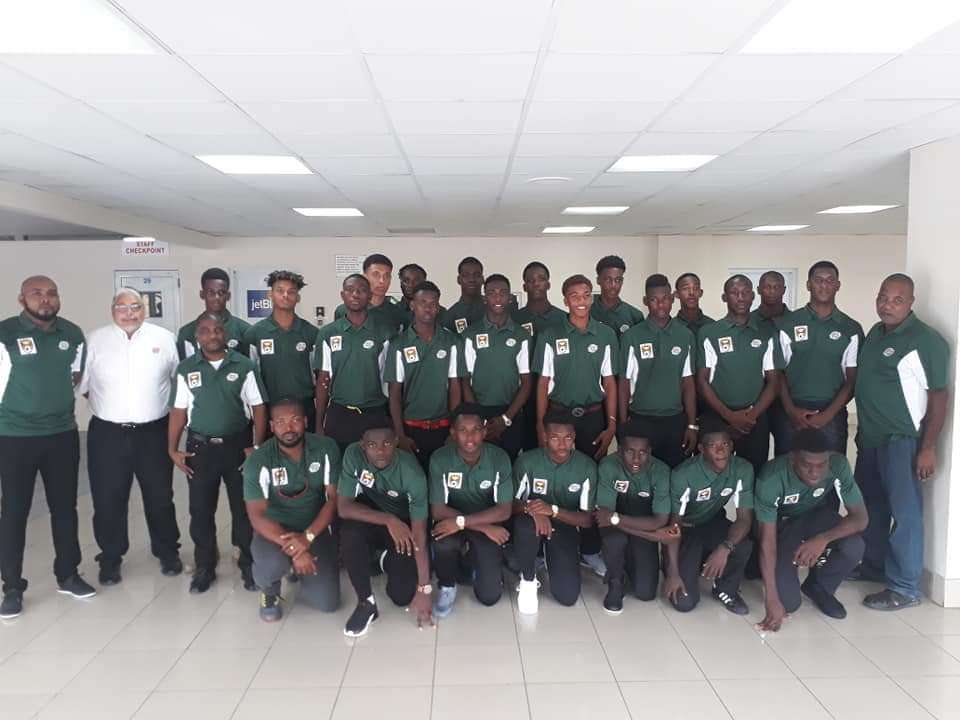 Grenada U20 boys left the island today to participate in the CONCACAF Qualification Tournament in Bradenton, Florida.

The team which played its final warm up last evening against the Senior Men’s National Team and triumphed 1-0 is very optimistic of their chances and are hoping to advance further than any other previous GRENADA U20 Team has gone.

The 20 man squad which includes six (6) players from GBSS FC, six (6) from Paradise FC, three (3) from St. John’s Sports, one each from Hard Rock FC, and Queen’s Park Rangers (1969) FC as well as three overseas Based players will first play Jamaica on Friday, November 2nd at 7:30pm followed by matches against Aruba, St. Maarten, Mexico, Nicaragua.

The 2018 edition of the Men’s Under-20 World Cup qualifying tournament will be disputed between a record number of 34 teams. Unlike the previous format, which included regional qualifiers in the Caribbean and Central America and one final championship, this year’s redesigned competition ensures that all the participating teams have access to play more top-level football matches.

Fans will be able to follow all the action through the Confederation’s partner networks, including Univision Deportes (United States), Fox Sports Latin America (Mexico & Central America), Flow Sports (Caribbean) and other local partners. For other territories, the tournament will be available on Concacaf GO (subject to territory restrictions).

The full Grenada squad are as follows: