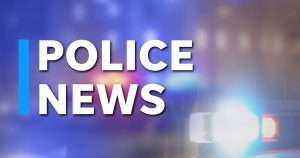 Trinidad Guardian – Did Hema Hosein and her teenage relative drink poison? And if they did, why did they do it?

This is what police officers are trying to figure out after a close male relative reported that Hosein, 40, of Manohar Trace, Barrackpore and the teenager drank poison together around 3 pm on Thursday after complaining that evil spirits were following them.

The male relative said both victims showed signs of hallucinations. He said Hosein told him the spirits were violating her and they were all around their home.

A statement is yet to be taken from the teenager.