Man Kidnaps Himself To Impress Girl 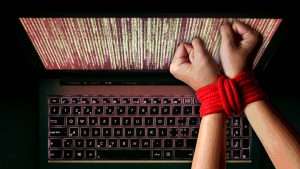 Trinidad Express – A 24 year old Tarodale man who allegedly kidnapped himself to get a girl’s attention is in police custody.

The man allegedly sent an email to a relative claiming that he was kidnapped.

The email also stated that a ransom of $75,000 had to be paid for his release.

However, the suspect was allegedly found by police sitting alone, in good health, in his car in Tarouba around 11 p.m.

Officers of the Ste Madeleine police station received the report around 6.30 p.m.

The matter was reported when Southern Division police and members of the Anti-Kidnapping Unit were also probing another kidnapping report made hours earlier.

Police received information that took them to the carpark of a business place in Tarouba.

The suspect allegedly said that he was having persons problems and wanted to get a girl’s attention.

The suspect was detained and was expected to be charged with wasteful employment of police time.