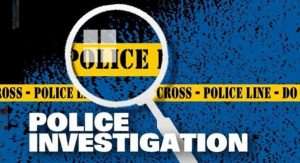 A 72-year-old pastor has appeared before a Sangre Grande Magistrate, charged with four counts of sexual touching against a minor female victim.

A statement by the Police Service says the offences occurred sometime between Sunday 30th September, 2018 and Thursday 4th October, 2018.

Kenrick Bernard, appeared before Magistrate Erica Baptiste-Ramkissoon in the Sangre Grande 2nd Magistrates’ Court on Friday to answer to charges.

The matter was adjourned to Friday 9th November.

The accused was granted $80,000 bail and ordered to not come within 100 meters of the victim or her home.

Police say the victim’s father and aunt had accompanied her to the Matura Police Station on Friday 5th October, where a report of the incident was made and the Eastern Division’s Child Protection Unit (.EDCPU) contacted.

An investigation, supervised by Inspector Darren Baptiste of EDCPU was launched, which resulted in the accused being arrested at his home on Thursday 11th October.

The suspect was subsequently charged with the offences by WPC Kernisha Valere, on that same day.