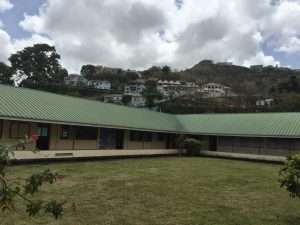 Grenada, October 12th, 2018 – Twelve members of the Information Technology department of the TA Marryshow Community College (TAMCC) has had their suspensions extended for an additional two week, ending October 25th. They were suspended following the arrest and subsequent charge of thirty-year-old Joshua Wilson, also a member of the department, who is accused of stealing by reason of employment 27 laptop computers belonging to the institution. The computers were given to the college by another local business for an IT related project.

One source confirmed that the entire twelve-member IT department were initially suspended with half pay for the period September 27th to October 11th to allow for a full assessment of that department by a team from the Ministry of Education. That department, comprising eight technicians, two lab technicians, one administrative clerk and a director were expected to return to work today, October 12th. However, we have learned that the suspension was extended for an additional two weeks, with full pay, since the investigation is not fully completed.

MikeyLive understands that the team from the Ministry of Education currently investigating the department’s processes and taking inventory is being led by Mr. Eric Nurse.