Renee Eletia Ally, 24 years old, Waitress of Brampton (Ontario) and Romario Washington Campbell, 23 years old, unemployed of Ajax (Ontario) were apprehended on Monday 8th October 2018, after quantities of cocaine were found in false compartments of their suitcases. They were at the time awaiting an outbound flight to Toronto, Canada.

Ally and Campbell who have been charged with trafficking in a controlled drug will reappear in Court on Thursday 18th October, 2018. 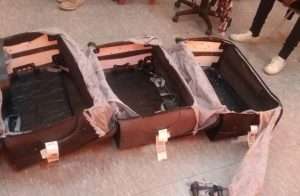