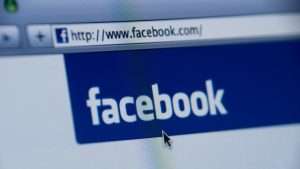 By Sacbee.com – A hoax has sparked a rash of Facebook posts and messages warning people their accounts have been hacked or copied, reports a Louisiana Homeland Security office.

“You weren’t,” says a Facebook post by the Plaquemines Parish Office of Homeland Security and Emergency Preparedness. “It’s bogus. And you’re just making it worse.”

Facebook officials say there has been no uptick in cloned accounts, reported WSYR. The company suggested people may be spreading the message out of fear.

A typical message, most often sent by a Facebook friend, reads, “”Hi….I actually got another friend request from you yesterday…which I ignored so you may want to check your account. Hold your finger on the message until the forward button appears…then hit forward and all the people you want to forward too….I had to do the people individually. Good Luck,” reported The Albany Times Union.

People across Facebook are sharing the information via messenger and their news feeds, but it’s not an emergency — just an “amazingly inept” effort to warn people about a common Facebook scam, according to Hoax-Slayer.com.

A cloning scam takes place when someone steals a Facebook user’s photo and other social information to create a second Facebook profile, reported Webopedia. They do not need the original person’s password and have not hacked or compromised their account.

The scammer then sends friend requests from the fake profile to the original person’s friends list in hopes of mining more personal data or sending scam messages, according to the site.

One easy way to check to see whether your account has been cloned is to search your name on Facebook, reported The Albany Times Union. If more than one account with your photo and details shows up, your account may have been cloned.

But warning people that you’ve received a second friend request from their account is only helpful if you’ve actually received one, reported Hoax-Slayer.

By encouraging people to forward the message to their entire friends list, the warning becomes pointless noise, according to the site.

“The supposed warning is doing nothing whatsoever to help keep people safe from cloning scams,” reads a post on the hoax. “Instead, it is spreading confusion, fear, and alarm for no good reason. And, it is panicking users into distributing utterly useless information far and wide.”

Facebook did experience a cloning epidemic about 18 months ago and accounts are still occasionally cloned, but bombarding people with bogus warnings doesn’t help, reported the Plaquemines Parish Office of Homeland Security and Emergency Preparedness.