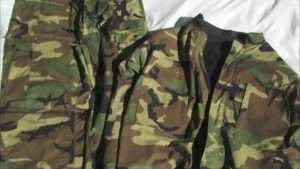 Trinidad News Day – A soldier will be placed on identification parade along with two teenagers and a man after he was arrested in connection with robbing the Maraval branch of KFC.

The 29-year-old private was held by officers of the Port Spain CID around 11.15 last night. The robbery took place less that 15 minutes prior to his arrest. Police said an illegal fire arm six rounds of ammunition and $1,000 was found in the silver Nissan Tiida the soldier was driving.

Three others were held with him–a 23-year-old man from Building 16, Maloney Gardens, a 17-year-old boy of the same address and a 16-year-old boy from Bush Street North, Petit Bourg. The soldier is being held at the Woodbrook Police Station. Police responded to a report of robbery at the KFC branch and intercepted the vehicle along the Saddle Road, Maraval.

In an unrelated report, another branch of the fast food outlet on Charlotte Street, opposite the Port of Spain General Hospital, was robbed was robbed by two men who jumped the counter and made off with an undisclosed sum. Police are searching for the two men.