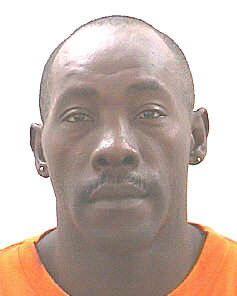 Antigua Observer – Ineta Liburd, the mother of two of yesterday’s shooting victims, is appealing to the government for help to get out of the country with the rest of her family.

Her plea comes as she received reports last night that her brother, Calvin “Burger” James, was back in her village looking for her, hours after he allegedly shot two of her children, killing one of them. Another person who was dating her son was also killed at the same Donovans home.

The woman says based on reports from a family member whose friends live in the area, James was seen walking in the street where the incident occurred and he was asking people for her.

This was some time before 8 o’clock last night. By that time, lawmen had already cordoned off the house and no one was there since the rest of the family members have been moved to protective custody. She says individuals did not raise any alarm knowing he’s armed and dangerous as described by the police.

A wanted bulletin is out for James who fled the scene after 6 a.m. yesterday in a stolen vehicle. He has since switched vehicles at least twice and the police said they have no further updates on his whereabouts as they reportedly comb the island for him.

His 52 year old sister tells OBSERVER media that the attack yesterday has caused her so much pain it is hard to describe.

The woman says she’s scared for her life and the lives of her surviving children so she’s begging the government or anyone else to come to her rescue.

She says she believes her 53 year old brother will not rest until she’s dead, since she’s the one he has been looking for all along, but when he attacked the family, she had already left for work.

According to her, she has been suffering at the hands of her brother in a land dispute since 2014. In one incident in 2015, he tasered and beat her so badly it left her bedridden for three months, while he chopped one of her daughters, leaving her without the use of one hand.

The wounding and attempted murder cases are currently before the High Court for trial, and the woman said as recently as Monday she went to the prosecutor to advise him she wanted to leave the state in December but would definitely testify via Skype if the case doesn’t come up before then.

This morning, the police confirmed that the murder suspect Calvin “Burger” James was still on the run.

The police have cautioned that residents should not approach him if or when seen, but instead contact the Rapid Response Unit at 764-2348 or 464-3938 or to call 911.

An appeal has also been made for him to surrender himself at any police station with his attorney or any family member immediately.