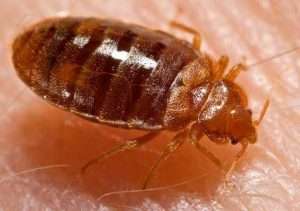 BRIDGETOWN, Barbados (CMC) — Health authorities say they are closely monitoring reported sightings of bed bugs mainly in public spaces in Barbados, and are asking householders to report any sightings on their premises to the Environmental Health Department.

Acting Chief Medical Officer of Health Dr Kenneth George said that while the Ministry of Health and Wellness had received reports of bed bug sightings at various institutions, only “a few” had been confirmed by the environmental health officers.

He said that bed bugs did not represent a public health challenge, since they did not transmit disease. “They are considered a nuisance or a pest. If bitten, there can be irritation and redness and in a few cases a rash, but no passage of disease from individual to individual,” he said, noting there has been an uptick in the presence of bed bugs worldwide.

Dr George cautioned residents to keep their surroundings clean and advised travellers, in particular, to pay attention and check mattresses and chairs in hotel rooms where multiple people have slept.

He said that bed bugs were most often found in the crevices of beds and chairs and travelled from place to place on people’s clothing.

Dr George confirmed that one institution was closed earlier this week because of a sighting, but he noted that the environmental health officers who checked the building were unable to confirm the presence of bugs.

However, the ministry took the precaution of closing the building for 24 hours and spraying with environmentally friendly, non-toxic insecticide.

Despite the precautionary closure, Dr George said that he did not support the closure of departments because of sightings, since there was minimal risk to people.

Chief Environmental Health Officer Francina Bascombe stressed the importance of individuals seeking expert advice on how to eradicate bed bugs. She explained that the blood-sucking insects could live between six months and four years, and could go without a blood meal for up to six months.