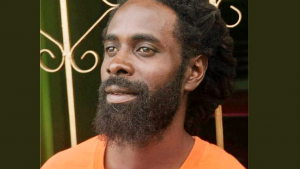 Reggae singer Kevin “Million Voice” Young passed away on Friday at 8 am after a brave battle with cancer.

The news was confirmed by a family member.

Among the songs he is known for are: “I know Jah” and “Who Jah Bless” alongside his brother Brendon “I-Sasha” Young.

Young’s family sought to raise funds for the ailing musician in 2017 after he had been diagnosed with Stage 3 cancer.

Although he responded well to cancer treatment, the 41-year-old musician passed away from kidney failure due to complications arising from cancer.

Brendan ‘Isasha’ Young’s Manager, Tyrone Tsoi-a-Sue, said Young was a pillar of strength for others, even during his illness.

He leaves to mourn a son, Jeremiah, and daughter, Shamaya.