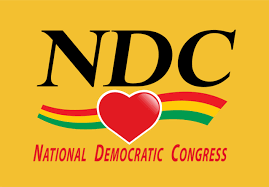 Doctors, Nurses, Orderlies and Security Personnel were tarred and feathered by the Prime Minister who accused them of incompetence and thievery.

Grenadians all, our Health sector is in crisis for lack of trained personnel, equipment and medicines to say nothing of the strenuous hours in a poor working environment that existing staff are forced to function in. The stories of personal sacrifices made and yeoman service rendered by Doctors and Nurses alike in the face of overwhelming challenges are epic. All of these are well known to the Minister of Health and the Prime Minister, yet in his haste to score brownie points with his base abroad he chose to throw the whole lot under the bus.

Today the National Democratic Congress stands in solidarity with the deeply wounded and aggrieved staff of our hospitals across the nation and demands an unreserved apology from our Prime Minister to them and to the nation for his most egregious remarks.