Grenada Invitational Inc. Responds To Concerns In The Media 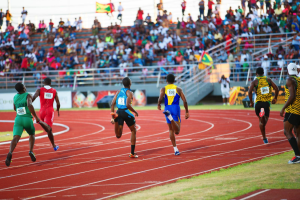 On September 19th a formal response was emailed to Mr. Bascombe acknowledging receipt of, and accepting his resignation. We would like to thank Mr. Bascombe for his contribution toward the Grenada Invitational in 2017 & 2018 and wished him all the best in his future endeavors.

The Grenada Invitational Inc. would like to use this opportunity to update the media and its other stakeholders as to the completion and receipt of the private audit which was commissioned, in May of 2018, by the management team of the Grenada Invitational Inc. and was made reference to in numerous news articles and other media since that time. The information contained in the audit presents clear picture of the company’s current financial standings – free of impropriety, and for which actions are being persued regarding the financial obligations to all involved. Please note that upon completion of the Grenada Invitational in April, the Finance team has at no point ceased communication with creditors of the Grenada Invitational and has been sending bi-monthly updates regarding the company’s efforts and commitment to honour all financial obligations. It is useful to note that international standards does allow for a six (6) month period within which lane prizes are to be paid to athletes post-event.

During a series of post-Invitational meetings held after April 21st, 2018, the Local Organising Committee of the Grenada Invitational did a complete analysis of the event, with reporting from every sub-committee Chairperson. The results of those meetings and the impact assessment that is now being recommenced by the Ministry of Finance, since the receipt of relevant financial information contained in the financial audit; will both inform the continued planning that will place the Grenada Invitational Inc. in a position to continue to grow and deliver a quality event showcasing the best of Grenada to the benefit of all of Grenada.

Special mention must be made of the hard-working Local Organising Committee and the various sectors represented. They include Ministry of Health, Grenada Airports Authority, Grenada Tourism Authority, Ministry of Sports, the RGPF, the Ministry of Foreign Affairs, Grenada Athletic Association, and a number of specialized private sector individuals.

For 2019 and beyond we look forward to the continued support of all, including the Grenada public as we continue to bring World Class Athletes, to a World Class Stadium, to compete in a World Class Meet.

Management of the Grenada Invitational Inc.